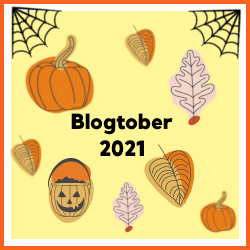 Well, the year is just flying by, or is that because I’m getting old. Don’t blink, it will be Christmas! This year I’m going to attempt Blogtober on two of my blogs, crazy I know, but this is the first time for At Home a Lot so I’ll take it easy.

My readers at Raisiebay probably know me already but I thought I’d give an introduction to me on this blog and why I write here as well.

I started blogging a very long time ago and my other blog has been running 11 years now. This one I started just over three years ago because I wanted to split up my ideas a little more. This is my blog all about staying at home a lot and what I do to pass time, so it’s mostly crochet, reading and online shopping.

I was an active mum of five. Two by my first husband who are grown up now, and three by my current husband who are now 16, 14 and 11 years old. I used to do everything and was very busy, but I’m not sure if I burnt out because I was struck down suddenly on January 1st 2016 with pins and needles, followed by paralysis and two weeks in hospital. I was told I had Transverse Myelitis and would recover in eight weeks. It seemed like a lifetime. Twelve weeks later I was back in the consultants office while he discussed the fact that he didn’t think it was Transverse Myelitis and I needed further tests.

I had a LOT of tests and eventually, almost exactly a year later, I was diagnosed with Stiff Person Syndrome plus PERM. It’s an incredibly rare condition but it involves a break down in your immune system which causes neurological damage. I use a wheelchair and I’ve been able to walk more than a very short distance for nearly six years now. My youngest child doesn’t actually remember me being able to walk.

I never write about my older kids as they are adults and I respect their privacy, but they both still live with us and we are lucky to have a big house (which still doesn’t feel big enough sometimes.) I’m Married to Graham since 2016. I never really wanted to get married again, but when I got sick he proved he was here for the long run so I asked him to marry me and he said yes! (2016 was a leap year and I proposed on February 29th. We got married in the same year, in November.)

I also have two cats, Sabrina and Ash.

I write a lot of book reviews and hold a monthly book linky for book worms. I love to crochet and although I’m not at the pattern writing stage I do like to share my projects. I am also an avid affiliate and write a lot of affiliated posts from programs I love, so this blog has a lot of reviews and posts about things you can buy, gift lists and such like.

This blog is a little less personal that Raisie Bay but I still like to add a little of myself to every post.

I’ll probably share my monthly posts between my two blogs but if you are taking part you can pop your posts on my Blogtober linky over on Raisiebay here.

I’ll look forward to getting to know more bloggers over this blogging bonanza.

6 thoughts on “Hello October and my First Blogtober 2021 post”