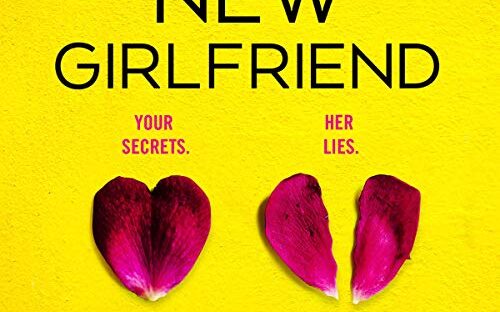 I saw this book on sale and decided to grab a copy on Audible. The New Girlfriend by Sheryl Browne is a great thriller and real page turner.

Your secrets. Her lies.

Cassie stares at the woman on her doorstep in disbelief. Just months after losing her only son, Josh, here stands a stranger claiming to be Josh’s girlfriend. But it’s not only the woman Cassie is shocked by, it’s the baby nestled in Kim’s arms. Cassie’s grandchild.

I know what you did.

As Cassie tries to do what’s best for baby Samuel, she starts to receive threatening messages from someone from her past – someone Cassie has been hiding from for a long time. Cassie is frightened that her biggest secret is about to be revealed and she will lose everything, including her precious grandson.

You took everything from me. Now you need to pay.

As the messages get more sinister, Cassie realizes the person behind them knows every detail about her life and she fears that she is being watched. Could Kim be the link between Cassie and the mysterious messenger? And is she in danger now that she has welcomed this woman and her baby into her home?

My Review of The New Girlfriend

The story starts with a death, which is quite normal for a thriller. But, then it become quite slow and gentle and for a while you forget it’s a thriller. The story plods along and you get to know the characters and start building your suspicions.

Some might say it’s a slow start, but I actually enjoyed the story telling and getting to know the backgrounds of the characters. There were some clues dotted along, some easy to figure out, some not so.

Towards the end the story takes a sinister turn…at last..but again, it’s not as dark as you would normally expect. We get a good amount of tension as it builds up. There’s a a little bit of horror and touch of surprise. None of it is overwhelming, but still you want to keep reading (or listening) and find out what is going to happen next.

I really enjoyed the ending but I can’t give you any spoilers.

As an audio book I loved the narrator Katie Villa. Being from the Midlands myself I could relate to her accents and she did them well, bringing each character to life. I’ve known people who speak just like Cassie and Kimberly, completely different, despite living in the same town.

I really enjoyed this book, and it’s one more to add to my 20 books for Christmas Challenge.

The links in my post are affiliate which means if you click through and buy I may earn some money at no extra cost to you, so thank you in advance. I did buy this book myself and I’ve not been asked for a review, I always vow to be honest in my opinions.

Have you read any of Sheryl Browne’s books?