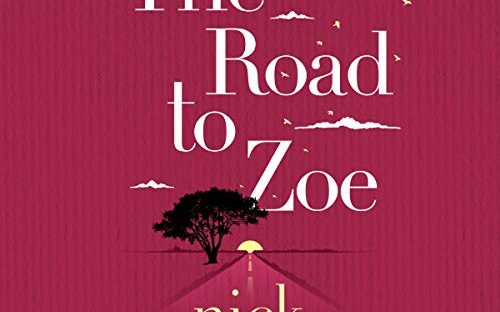 Here is the review of my latest audio book, The Road to Zoe by Nick Alexander. There are affiliate links within this post.

She ran away from the truth, but she can’t run forever.

Seven years after his sister vanished without a trace, Jude is on the road, determined not to return home until he has found her. He wants to reunite his broken family, but more than this he wants to know why Zoe left – what happened when they were kids, on that terrible day when everything fell apart.

They’d been enjoying the funfair – grasping a rare moment of happiness following their parents’ divorce – when after a ride together, Zoe had stopped speaking to her mother’s new partner. Though Mandy believed he was the man she’d waited all her life for, her love for her daughter trumped even that, and soon suspicions of an unthinkable betrayal shattered the family.

So finding Zoe would be just the start. If Jude can find her, then what happens next will depend on the story she’s been carrying with her all these years. Because when families are destroyed by dark secrets, can the wounds ever truly heal?

My Review of The Road to Zoe

I’ve not read any of Nick Alexander before but I found this a nice satisfying read, enough to keep me listening but without any massive plot twists and turns. It’s all about the relationships between the characters and how little mistakes can have massive consequences..

The book was told from two perspectives, the Mother’s and the son’s and bounced from past to future. But it was still uncomplicated and easy to follow.

I listened on Audible and found both the narrators to be okay, although the male narrator giving a voice to the female girlfriend of the son was a little strange and heavily accented.

The story follows a dysfunctional family as they try to deal with a marriage break up, a new partner and a daughter that has many issues including an eating disorder.

The daughter goes missing and the story follows the Mother’s story as she tries to piece together what happened and the son’s story as he and his girlfriend try to find his sister years later. No-one really knows why she left.

I think that maybe it went on a bit too long. We often wonder what happens next in a story but it’s sometimes okay to just imagine it. I don’t think a jump to years in the future to tell the story is a necessity. That’s just my personal opinion though.

Overall, it was a pleasant enough story highlighting a lot of problems that families face these days.

I listened to The Road to Zoe for free with my Amazon Unlimited account. You can get a free trial for three months.

8 thoughts on “The Road to Zoe, Nick Alexander”