So, the lock down has been extended and it seems that all they are showing on television are cookery programs! I think the consensus is because we are stuck at home then all we have to do is cook! If only that were true.

I missed my planning post last week. But things went well, we had a BBQ which was really nice, and it’s good to take advantage of the nice weather. I think there may have been a lot of BBQs recently.

This week, I’ve had to think really carefully about my online shopping because I just keep fillin my trolley with my regular purchases and we are not getting through everything. I mean we the kids love potato waffles but we really don’t need four boxes in the freezer do we? The fridges empty quickly so I’m going to concentrate less on frozen food this week and more on fresh.

I’m getting really bored of cooking, I mean really bored. I often cook from scratch but even though there is more time, I just want to grab a can or jar instead. I seem to be going the other way!

I did watch Mary Berry make some nice salmon the other day, very similar to my twirls but with cream cheese and not twirled up but left flat. There was a topping of lemon zest and parsley too which looked yummy. I think I may just give them a try. I might serve them with roasted Mediterranean vegetables.

Lunches for the kids, which they generally make themselves.

I haven’t put days as they can just pick what they want and which day.

I saw Joss Stone on This Morning and she told of her favourite meal of all time. I’ve memorised it, I don’t know why. Anyway, she takes a crepe/think pancake and fills it with a baked bean and cheese mixture. Then she lines several up like enchiladas in a dish and covers with a tin of tomatoes and more cheese and bakes them. My husband says yes…but personally I think it sounds gross. I just thought I’d share it with you 🙂

Have you been watching any cookery programs?

Linking up with Katy as usual. Click through to see what everyone else is making this week and most of all, stay safe x 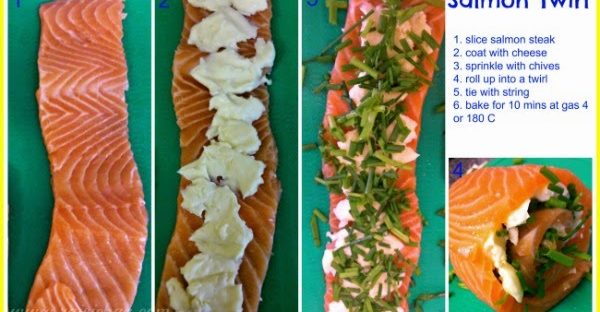 It’s been a while since I did a meal plan. In a way I’m lucky because being an ‘at risk’ customer, I’m getting my weekly shopping slot with barely any problems. Of course I’d rather not be an ‘at risk’ customer, but I feel really weird looking at photos of people visiting supermarkets, standing in queues to get in, keeping two trolleys apart from anyone else. I couldn’t imagine not interacting with the cashier, we always get someone chatty, it would be hard seeing them behind a screen. And everyone in masks. It’s a dystopian world that I would feel really uncomfortable in.

We usually do a big shop online weekly then I have someone pick up bits and pieces throughout the week. So, it’s been hard getting used to thinking about everything I would need so I didn’t need top ups. I admit that I went a little crazy and stocked up on the things that I know my family would definitely eat if there was nothing else, but now I have a cupboard and freezer full of stuff. So this week I’ve shopped a lot more carefully. I have to think of things for the kids lunches too with them home every day. Some days we go over the top with a cooked meal, and other days it’s just sandwiches. I’ve bought treats and then hid them so they can be handed out during the week, otherwise they’d be gone on the same day!

Here’s my Salmon Twirl recipe from an old post

I love to make my own batter with plain flour and sparkling water. We do a range of battered vegetables, carrots, courgettes, aubergine, mushrooms etc. I also do some battered chicken slices for those that want them. Once you make the batter, everything needs to be dipped in flour, then dipped in egg before being coated in batter and deep fried. I like to deep fry in the wok, but my new deep fat fryer has a really good filter on it so I may do them in there this time. I generally serve with egg noodles and offer a range of sauces for example, soy, plum or oyster.

It’s been a while since my last meal plan.

Hello, Welcome to Bookworms Monthly April and what a strange month it is. The Coronavirus COVID-19 has so much of the world in lockdown, unable to leave their homes. This means there is plenty more time for reading, Yay! Sadly, I’ve spent so much time working with my kids on their school work and trying to keep things running. I’ve really not had much time for reading. I started a book, couldn’t get into it and I had trouble picking something else up. I have started reading again now though. Remember, if you can’t get a hold of books you can always try Audible. They are always available 🙂

Reading is my passion and I love to write about what I’ve read. I’m a real book worm and I have been since the day I could read. I decided to start this linky so that other book worms could Share. I’m starting monthly for now, so you have a whole month to link up your posts. You can link up to four posts, so that’s one a week. Or if you like you can link up some of your older posts.

Let’s share what we read and give other’s ideas what to read next. Tell me your reviews, you book reading lists, your author interviews, kids book favourites, Young Adult books, and even posts about your favourite authors. Anything book related is allowed and I can’t wait to read them all. I want to find all the book worms out there.

Here is last months linky to give you some idea of what book worms monthly is about. I’m trying to reach out to all the book worms out there to come and join me with their posts monthly.

Join Us for Book Worms Monthly

Link up your BookWorms Monthly March book posts below.

Here’s a badge to share. No code, just copy and paste it on your blog and link the photo back to mine if you wish. Or please mention my blog
https://athomealot.com/ with a link instead. That we we can encourage more to join in and share.

You are invited to the Inlinkz link party!