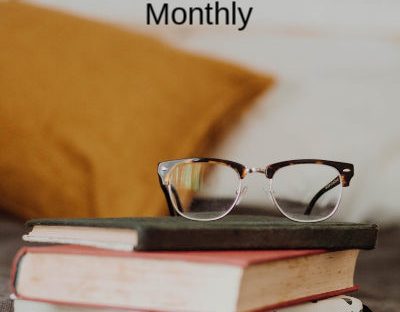 Hello, Welcome to Book Worms Monthly January. Have you got a goal on how many books you’d like to read this Year? I aim low and try to read at least one a month, my first January book is still going from December, but it is a big one. I’ll tell you more about that later

Reading is my passion and I love to write about what I’ve read. I’m a real book worm and I have been since the day I could read.

I decided to start this linky so that other book worms could Share. I’m starting monthly for now, so you have a whole month to link up your posts. You can link up to four posts, so that’s one a week. Or if you like you can link up some of your older posts.

Let’s share what we read and give other’s ideas what to read next. Tell me your reviews, you book reading lists, your author interviews, kids book favourites, Young Adult books, and even posts about your favourite authors. Anything book related is allowed and I can’t wait to read them all. I want to find all the book worms out there.

Here is last months linky to give you some idea of what it’s about. It’s a new linky so I’m trying to reach out to all the book worms out there to come and join me with their posts monthly.

Link up your Book Worm Monthly January book posts below.

Here’s a badge to share. No code, just copy and paste it on your blog and link the photo back to mine if you wish. Or please mention my blog
https://athomealot.com/ with a link instead. That we we can encourage more to join in and share.

You are invited to the Inlinkz link party!

I like to keep a track of what I’ve been reading and maybe inspire someone else to read the same. So here are my list of books that I’ve read in June 2019.

What I’ve been Reading in June

Things in Jars – by Jess Kidd


London, 1863. Bridie Devine, the finest female detective of her age, is taking on her toughest case yet. Reeling from her last job and with her reputation in tatters, a remarkable puzzle has come her way. Christabel Berwick has been kidnapped. But Christabel is no ordinary child. She is not supposed to exist.
As Bridie fights to recover the stolen child she enters a world of fanatical anatomists, crooked surgeons and mercenary showmen. Anomalies are in fashion, curiosities are the thing, and fortunes are won and lost in the name of entertainment. The public love a spectacle and Christabel may well prove the most remarkable spectacle London has ever seen.
Things in Jars is an enchanting Victorian detective novel that explores what it is to be human in inhumane times.

I’ve become a fan of Jess Kidd, I love her quirky stories that never fail to surprise. The main character is an anomaly in herself, a private investigator in Victorian times, but not only that..she’s a woman. Her housemade is a former freak show performer and immensely close to her employer.

The story revolves around a missing child, but what is the mystery about the child and why has she been kidnapped? But more than your general detective story, there is so much more to gleam from this book, in particular, how times have changed since then.

Jess Kidd has a fascination for the unusual, abnormal even creepy things that may or may not exist. If you want to read something different then I’d highly recommend this book.

January 3rd
Jaffa Cakes – 7. Times I was forced to watch a small child do a dance involving a dusty piece of ribbon found under the sofa – 4. Inappropriate thoughts about Zac Efron – undisclosed.

Single mum Frankie’s whole life revolves around her kids. But when your toddler has a more active social life, something has to change. Forget ‘me-time’, Frankie would settle for some adult conversation, and watching something other than the Disney channel.

The local playgroup may be ruled by Instagram mums with perfect husbands but Frankie accidentally forms a splinter group of single parents. After all, Mummy really needs a playdate of her own. (Now pass the prosecco.)

I reviewed this book in detail in a single post as I loved it so much. You can read the review here
https://athomealot.com/2019/06/21/playgroups-and-prosecco/

Connell and Marianne grow up in the same small town in the west of Ireland, but the similarities end there. In school, Connell is popular and well-liked, while Marianne is a loner. But when the two strike up a conversation – awkward but electrifying – something life-changing begins.

Normal People is a story of mutual fascination, friendship and love. It takes us from that first conversation to the years beyond, in the company of two people who try to stay apart but find they can’t.

I fell into the hype with this book (and the fact that it was on the two for one list on Audible.)

I don’t read a lot of romantic novels but this one was really not what I was expecting. The two main characters seemed anything but normal, both them had underlying relationship issues. But the bond was so strong it kept bringing them back together no matter where their lives took them. It’s not a long book and I read through it very quickly, but it was incredibly difficult to put down. You really do get drawn into the young lives of Connell and Marianne. The ending felt a little surprising, but on second thoughts, you know exactly what is going to happen with these two.

The book did jump around a lot which was confusing. You’d start a chapter and then jump back to find out how they got to the point at the beginning of the chapter. There were lots of issues that could have been addressed in more detail and I think a lot of the main points of the book where left open for the reader to make up their own mind.

This book has won a lot of awards and been nominated for even more. I have heard it on the grapevine that it is going to be made into a television series. I did enjoy the book, but I’m not sure I’d give it an award. A Television series would have to be padded out a lot more and the jumping around would be missing, so that would work better than reading it, I suppose.

I read a lot of my books on Audible (Which means I actually listen, not read, but you get what I mean!)

If you would like to know more about Audible then I have a post that can has just won a prize that I would love you to look at. It’s over on my other blog here.

Also, I’d love to know what you have been reading too, so do let me know in the comments. If you have a book reading blog I’d be very interested in hearing about it.

Disclosure: This post contains affiliate links but they will not make any difference to you if you click through and go ahead and purchase. If you do, you will be doing me a great favour though and for that I thank you in advance.