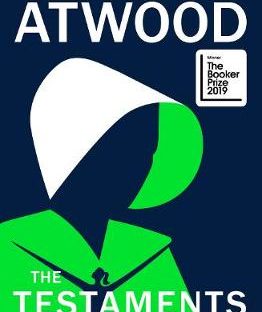 I bought The Testaments with my audible credit. Audible is free for 30 days and then £7.99 a month afterwards, for which you get one credit which can be used against any book of your choice, no matter what the cost. This post will contain affiliate links to both Audible and Waterstones which is my bookshop of choice.

Launched to widespread acclaim at our flagship Piccadilly shop, Margaret Atwood’s Booker-winning sequel to The Handmaid’s Tale is undoubtedly the story for our times.

Picking up ten years after its predecessor’s tantalisingly open-ended conclusion, The Testaments provides a new window into Atwood’s dystopian world, as seen through the eyes of three women of Gilead: a girl brought up within its confines, another on the run beyond its walls, and a woman at the very heart of the regime’s dark designs with secrets of her own. Each has a unique perspective on the world of Gilead and each will be crucial in deciding its fate.

Effortlessly combining a piercing critique of gender, oppression and authoritarianism with the whip-smart pace of the purest literary thriller, The Testaments is devastating in its immediacy whilst remaining a timeless piece of faultless storytelling.

The Testaments on Audible

I enjoyed the recording as each main characters story had a different narrator which I think always makes a listening more enticing. You get to know more of the person in the story rather than reading it all in one voice. Each character is brought to life.

My Verdict on The Testaments

I will confess that the first time I read The prequel to The Testaments, The Handmaid’s Tale was only last year. So I didn’t have so long a wait as many for the sequel. I have not seen the television series although from those who I have spoken too have said it was good.

After listening to The Testaments I was left with a few questions which were kindly answered by friends, but more about that later.

Margaret Atwood claimed she set out to answer questions she’d been asked about The Handmaid’s Tale but although it does give some insight into how Gilead came about, it doesn’t really answer much. I think it could even be read on it’s own, without having read the Handmaid’s Tale. Although, you’d probably be confused as to what the actual role of a handmaid was.

The story revolves around the daughter’s of Offred, the main character in the Handmaid’s Tale and this is where my questions began. In the book we see Offred being carted off in a van by ‘Mayday’ with her future unknown and only the notion that she was pregnant. We already know that she had an older daughter but she had no idea what had happened to her.

Apparently in the television series it takes the story a little further and her baby is born before she escapes.

I became confused as to why they made such a big fuss about Offred’s baby when in the book she had not even been sure of her pregnancy or the parentage of the baby.

In the Testaments this baby is now a teen being brought up by adoptive parents and is sent back into Gilead on a mission to bring the regime down.

Offred’s older child is in Gilead being raised by adoptive parents, and when her mother dies her step mother wants her to be married off. She decides that she wants to become an aunt instead. The aunts are Gilead’s version of nuns.

The two children meet, not knowing they have the same birth mother but end up helping each other.

I did really enjoy listening to The Testaments on Audible. I feel that if I’d had a physical copy I’d have a spent a lot more time trying to tie things in with the two books. I’m still not sure if that would have been wasted time. So, although I enjoyed the story I felt it had a very different feel to the first book and it left a lot more questions than answers.

You can buy a hard copy of the book from Waterstones for £17.99 Paperback version will be released soon.

Audible is free for the first 30 days and then £7.99 per month afterwards which gives you one credit.

Have you read The Testaments? 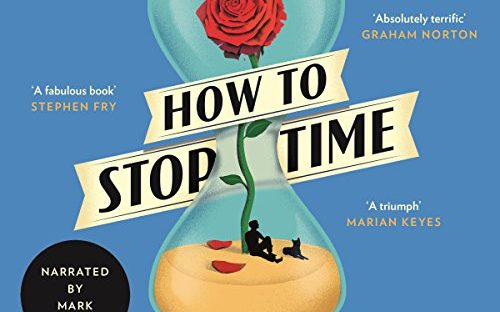